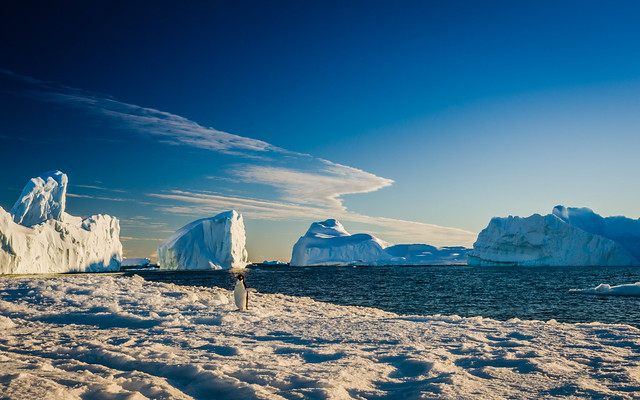 Penguin and bergs flickr
A solitary Adelie penguin poses in front of some icebergs.

Summer has definitely arrived here at Rothera, transforming it into a land of the midnight sun, with an increasing amount of inquisitive wildlife. 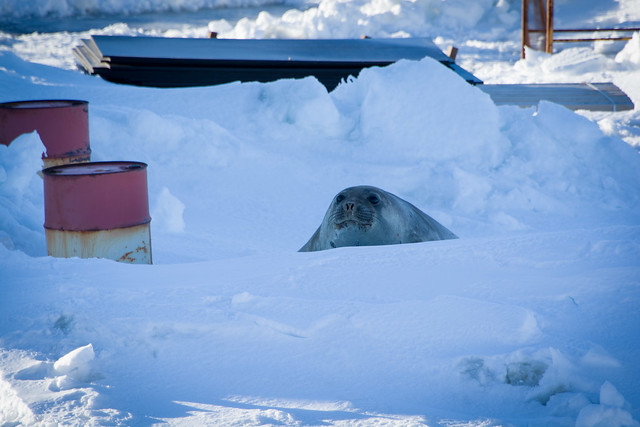 Watching you watching me flickr
A young male elephant seal approaches New Bransfield House to take a closer look at us.

For the past couple of weeks, elephant seals have been regular visitors to the station, gradually getting bolder and bolder at moving further into base. One of their favourite spots is the middle of the runway, where they like to bask in the sun – causing a temporary halt in air operations until one of the ground crew chases them away on a tractor. 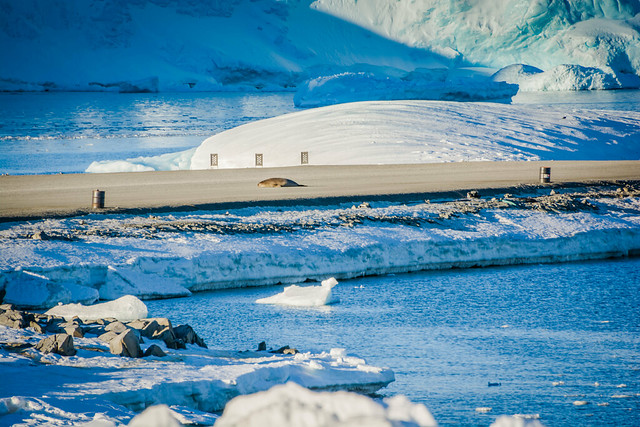 Runway incursion flickr
A frequent occurance during the summer, an elephant seal basks on the runway at Rothera. Soon to be chased away by one of the ground crew on a tractor. 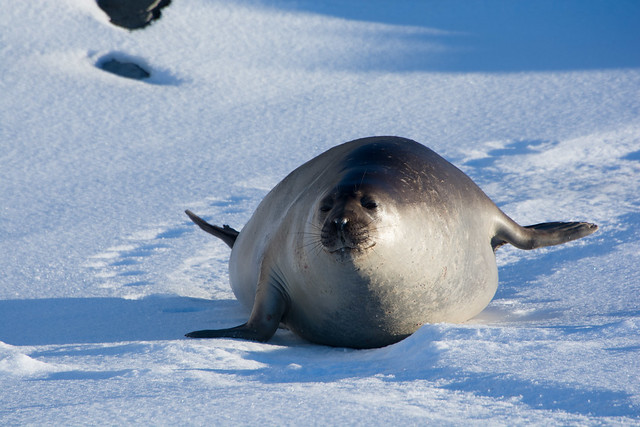 Not built for land flickr
One only has to watch an elephant seal waddle across the ice to realise this really isn't what they're built for.

Whilst taking an evening walk around the point, I saw my first Adelie penguins of the season, which tend to be the predominant species that visit Rothera, although occasionally Emperors do make an appearance. 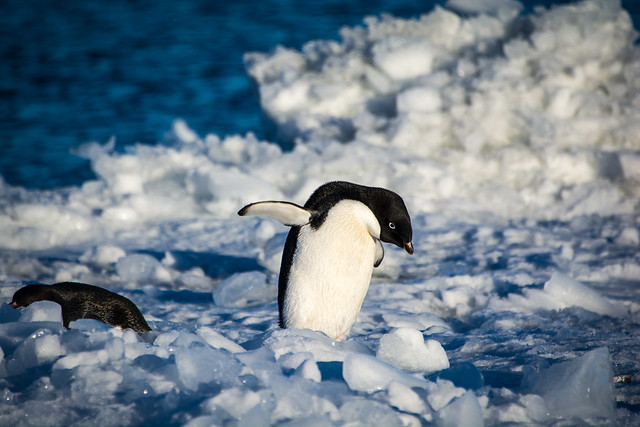 Waddle flickr
No matter how elegant they are in the water, penguins are always ungainly on land.

The sea ice is now completely gone, but the bay is often host to icebergs of various shapes and sizes as they drift slowly out to sea. 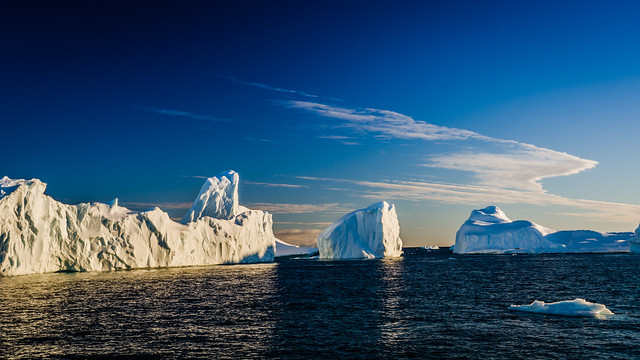 Floating bergs flickr
Whilst the sea ice has melted, there are still plenty of icebergs floating in the bay.