One of the most common questions an Antarctic visitor receives is “How do you get there?”, and as with many trips, the journey is often as interesting as the destination. There are two ‘gateways’ to Rothera: Punta Arenas in Chile, and the Falkland Islands.

The majority of Antarctic visitors will travel via Punta – an hour’s flight time closer to Rothera – which involves a string of commercial flights from London Heathrow, travelling via Madrid, Santiago, and finally, Punta.

Travellers flying via the Falklands make use of the RAF’s airbridge service from Brize Norton, which is a military charter flight to Mount Pleasant Airport (MPA), Falklands, with a two hour refuelling stop at Wideawake Field in Ascension Island.

The final hop to Rothera from either Punta or the Falklands is by a heavily customised Dash-7 aircraft, flown by BAS’ Air Unit.

My ticket was via the Falklands, and on Sunday evening, I made my way to Brize Norton after a weekend of packing and repacking several times1. Farewells are never easy, and this was no exception: saying goodbye to my family and girlfriend for 18 months was a particularly bittersweet experience.

I was in good company with around 38 other BAS staff flying down to the Falklands, the majority of whom were joining the James Clark2 Ross (JCR), which had arrived into Port Stanley on Friday evening. However, I also met up with the incoming Summer Base Commander for Rothera, Mike, as we waited to board in Brize’s spartan departure lounge.

We finally departed the UK at around 23:30 on an chartered Airbus A330, and after eight hours we touched down in Ascension. We were disembarked into the grey, cloudy humid morning, and were duly herded into a small fenced compound, optimistically signposted as a “Transit Lounge”. Two hours later, we were in the air again, bound for the Falklands. 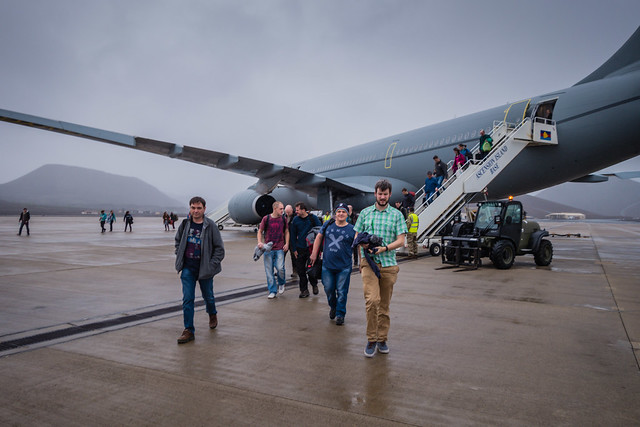 Disembarking at Ascension flickr
The flight from Brize Norton to Mount Pleasant, Falklands, stops at Wideawake airfield for two hours to refuel. 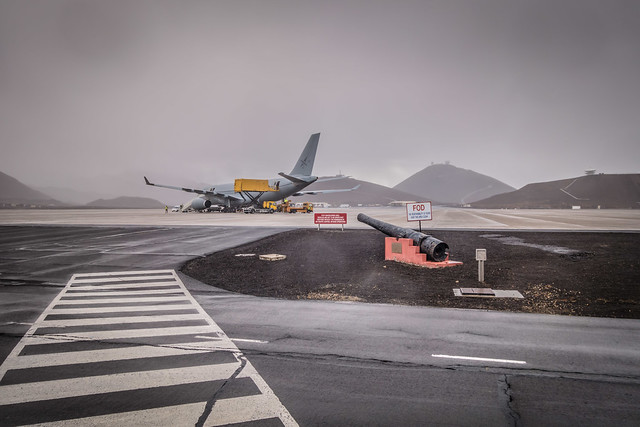 We landed at Mount Pleasant at 15:30 local time, and after initially missing the driver waiting for us, Mike and I were taken to our overnight accommodation at Darwin, near Goose Green, around an hours drive from MPA. 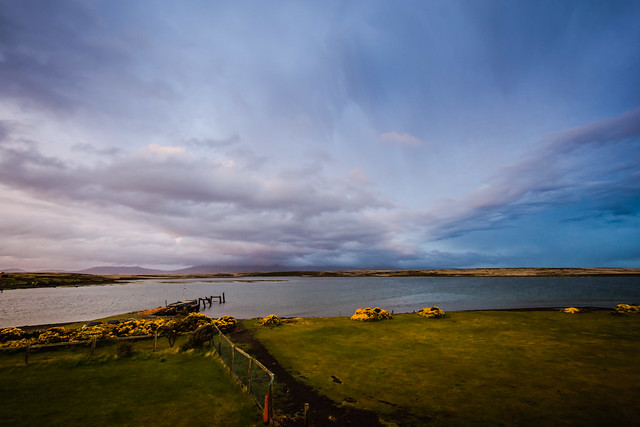 Whilst we had been initially scheduled to fly onwards on Tuesday, the Dash-7 had been delayed due to crew rest, and only arrived into MPA on Tuesday.

Given the opportunity to spend a day in the Falklands, Mike and I headed into Stanley where we met up with Julie, the ships doctor on the JCR, whom I had trained with for six months. We scored a tour round the ship, and then headed into Stanley to explore – which we completed around 20 minutes later, having exhausted most of what there was to see! 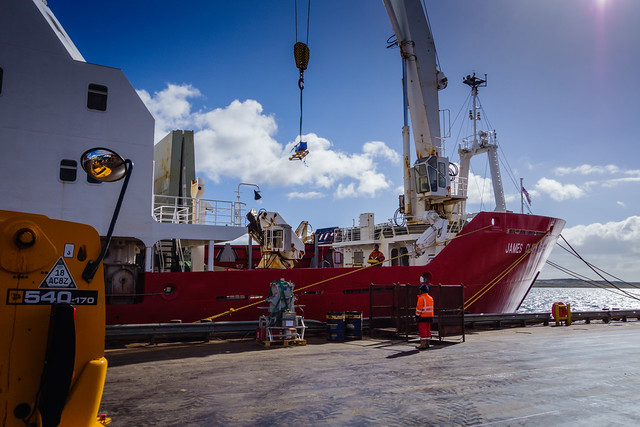 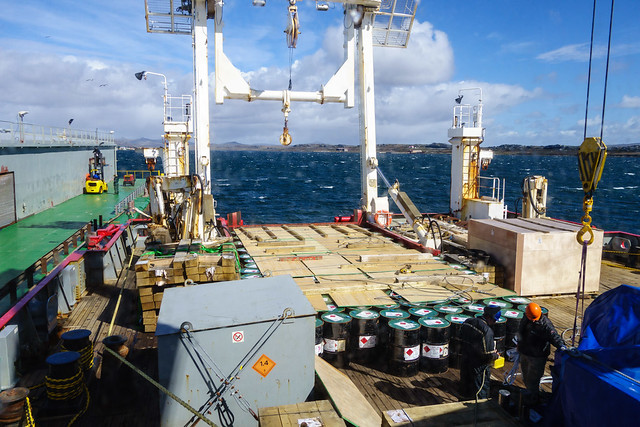 Looking out the back flickr
The rear deck of the JCR is covered with drums of fuel for South Georgia and Bird Island. 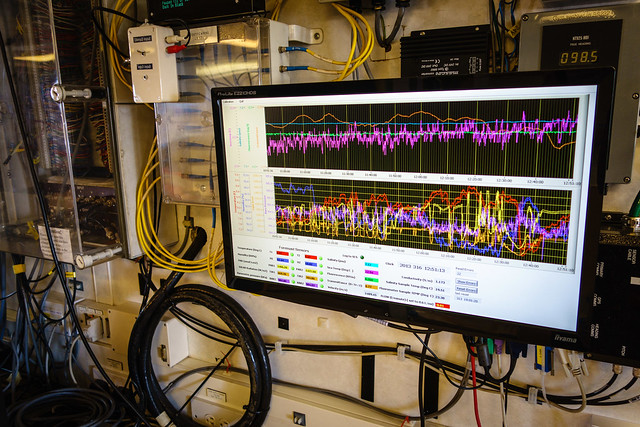 After catching up over coffee at The West Store3, the island’s main store, we headed to Stanley’s small twenty-bed hospital to meet the chief medical officer and familiarise ourselves with the facilities available – in case we find ourselves in the situation of having to medivac someone from down south.

We later said goodbye to Julie, as the JCR was due to sail later that evening, heading onwards to South Georgia, and caught a lift back to Darwin.

Despite hoping to fly today, a weather briefing at 0800 reported that the visibility at Rothera was too poor to contemplate flying, so today’s flight was scrubbed. Mike and I occupied ourselves by walking over to Goose Green for lunch and catching up with the Dash pilots. 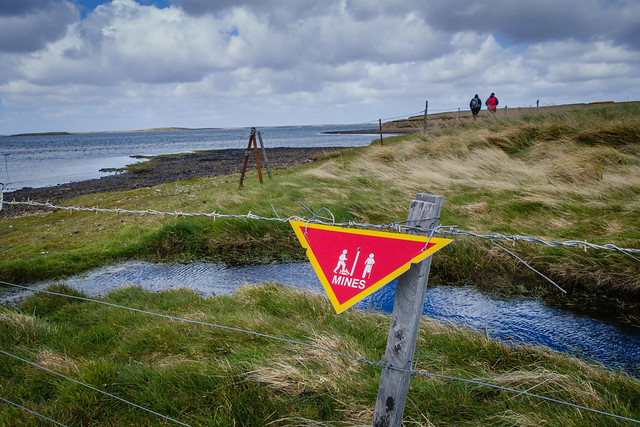 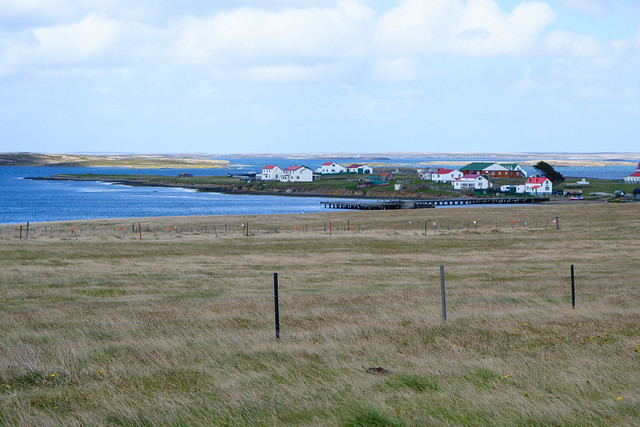 Goose Green flickr
The settlement of Goose Green, Falklands. Note the minefield in the foreground.

The latest reports from Rothera suggest that there will be a break in the weather tomorrow, so we’re hoping to be on our way to Rothera in the morning. It’ll be good to finally get south, but despite the unending wind, indecisive “four-seasons-in-an-hour” weather, and lack of trees, the Falklands have a peculiar charm – a beauty in their desolation. 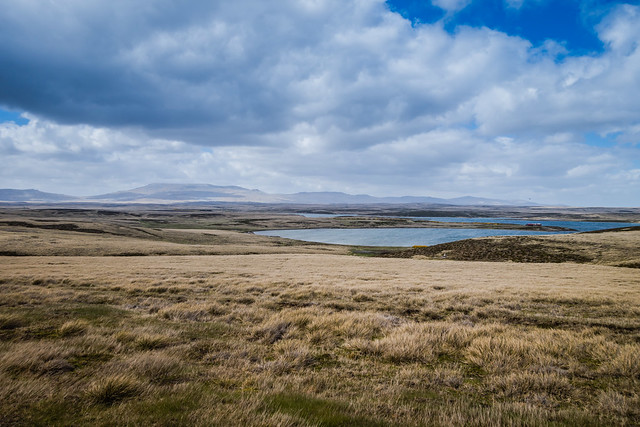