The last fortnight has been a busy time on station with visits from three different ships, the departure on the final two Twin Otter and Dash-7 aircraft, and the start of winter with the number of folk on station dropping from around forty to the nineteen winters for 2014.

The number of people on station had been sporadically dropping over the previous few weeks as the Dash rotated between Punta and Rothera, and on the 12th March, the Dash had landed and taken off for the final time this season – the last aircraft to leave the continent.1 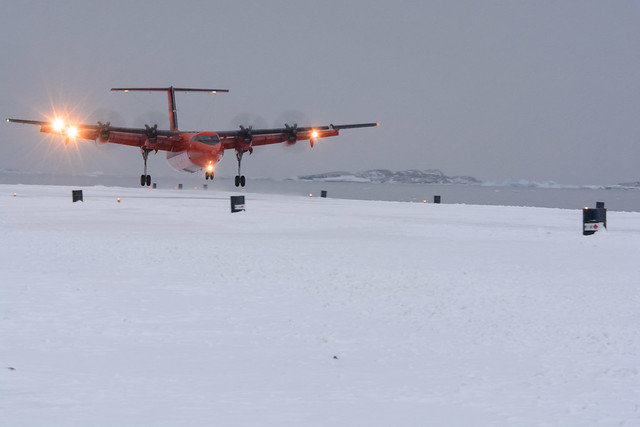 Touchdown flickr
The last Dash in for the season lands at Rothera. 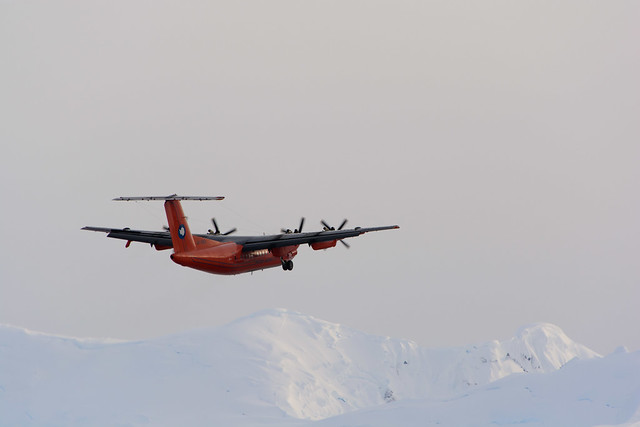 Gear up flickr
BQ climbs out of Rothera on its journey north to Punta.

Around two weeks ago, HMS Protector – the Royal Navy’s icebreaker – arrived to resupply the station with aviation fuel. Refuelling operations took around 20 hours to complete, which meant there was enough time for the crew to have a tour round base, and also for a BBQ in the evening down on the wharf.2

The day after Protector departed, the Shackleton arrived for relief. The second of BAS’ two icebreakers, it brought a modest amount of cargo (including the annual medical resupply) and fuel. It would also be taking the season’s scientific cargo and waste/recycling northbound, and on poignant note, the last of summer crew and outgoing winterers. 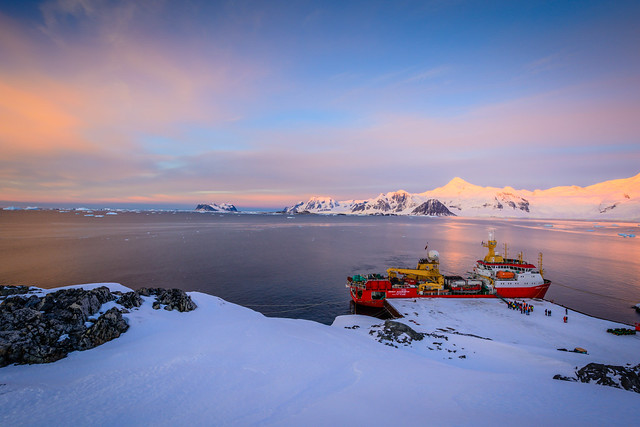 Farewell to friends flickr
As folk board the Shackleton, goodbyes are exchanged on the wharf. 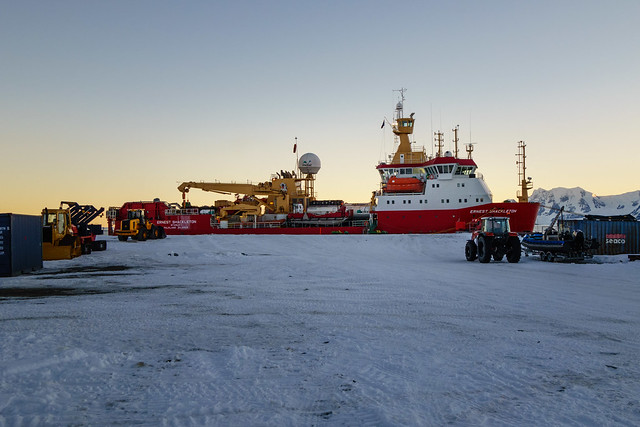 The Shackleton was alongside for a further couple of days as northbound cargo was loaded, and then early last Friday morning, we assembled on the frosty wharf to bid farewell to our friends and colleagues heading north. As is traditional, as the Shackleton pulled away, we fired off flares and smoke signals as it turned and sailed away into the morning light.